KYYX was a local radio station that played rock of the 80’s, in the eighties.

Rabow (a DJ on KYYX) solicited tapes from local musicians both on the air, and in the September edition of The Wave magazine.

From all of the tapes received, eighteen were chosen for the cassette.

The Eagertones song on the tape was “In On The Action”

Review of the tape by Sean P. Means from the April 27, 1984 University Of Washington Daily. 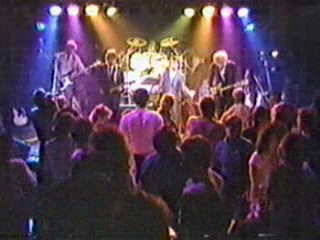 Click here, or on the picture to view a Windows WMV file. 57.3 MB file

Eagertones At The Embers 1982 West Seattle